It is with great sadness that we announce the passing of William L. Britton, Q.C., our longtime colleague and a legendary leader of our firm. Bill was 82. He passed away peacefully on February 6, 2017 surrounded by his loving family.

Bill joined us in 1962 and spent his entire legal career with us. Following his retirement as a partner in 2005, he served as our Chairman Emeritus. He served as our first Managing Partner for 16 years, from 1981–1996, defining our modern culture and stewarding us through two decades of unprecedented growth and prosperity. Our success is rooted in his dedication to the firm and his tremendous influence on our culture. Bill was a legendary figure in our incredible history.

Bill was a giant of a man—bold, courageous and visionary, with a compassion and decency befitting a man of great faith and dedication to family.

Bill was a trusted advisor to many clients, serving as a lawyer, business advisor and director.

Bill and his wife of 56 years, Linda, have four children, twenty-three grandchildren and seven great-grandchildren. They also have a foster daughter and son-in-law with three children.

We are deeply indebted to Bill for his remarkable legacy.

Our thoughts and prayers are with the Britton family. 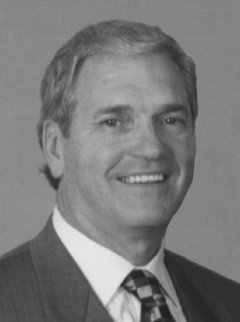